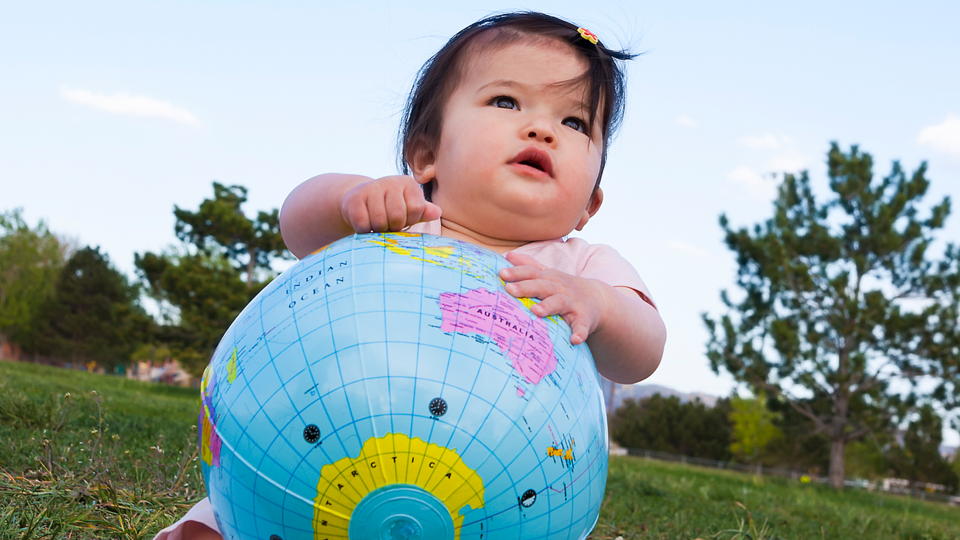 Speaking more than one language brings a host of benefits and is fun way to explore language with your baby.

Some parents fear thatb learning another language& causes delays. Although children may initially seem to have a smaller vocabulary, in reality, each word counts. So, if your child refers to his pet as both "dog" and "perro," for developmental purposes that is really two words. There may also be some "mixing" of words in both languages. This is all perfectly normal, just as a 3-year-old will likely play with language and mix in "baby words" with his more adult vocabulary, and is just a hurdle on the way to proficiency in both languages. Children who know more than one language usually perform as well or better than their peers once they reach school.

The biggest brain boost you can give your baby is your love and attention. Beyond that, reading, music, and language will provide a lot of stimulation for developing infant minds.

The time is now!

The earlier you begin introducing a child to a language, the greater facility he or she will ultimately have with the language. Infancy is an especially good time for sound recognition—babies easily differentiate between sounds and will retain memory of even brief introductions to unique sounds in other languages. If you are an adult language learner, however, do not despair! Teens and adults can still learn another language and will pick up the grammatical rules and memorize vocabulary more quickly. In other words, the right time to start learning a new language is now—regardless of your age!

The best way for a baby to learn a new language is to be part of a conversation with native speakers. If you speak a language other than the dominant one (the one most spoken in your community), then try to speak only that language at home with your child. Do not worry about your child learning the dominant language—he will naturally pick that language up on the playgrounds, at school, at play dates, or from other family members.

If you are not a native speaker of the target language, you can still share language learning with your baby. I am proficient, though not fluent, in Spanish and I know a little Russian. Because there are more Spanish speakers in my area, I have focused on that language with my children. We use these resources to learn:

Language learning can be a fun way to play with your baby. Babies are naturally interested in experimenting with sounds and words and introducing another language adds another enticing element to verbal play. 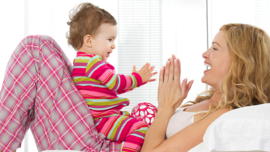 Get in the learning groove with these easy musical activities.
Creativity & Life Skills 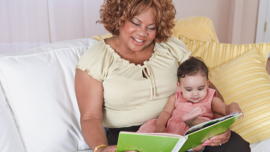 Discover the most effective ways to read to your baby.
Reading & Writing