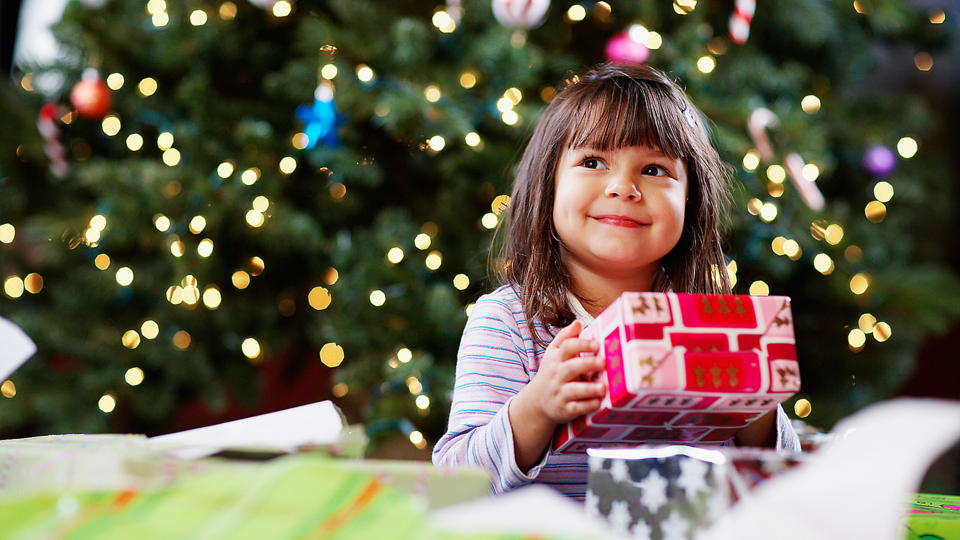 Dr. Ruth Nathan works at UC Berkeley as a research scientist, but her best job is taking care of her grandchildren. For fun she builds all sorts of gardens and swims as many laps as she can every day. She's the child development editor of Grand Magazine, a magazine for grandparents. Ruth is the author of several books and chapters on literacy.

Sometimes I wonder if my two-year-old grandson, Saul, will ever imagine what prehistoric peoples felt and worried about during this time of year when the winter solstice is just around the corner: Would the sun return? Would crops replenish the earth? I wonder, too, if the anticipation among children back then would begin to grow come November and last through January’s entry, as it does today. Did prehistoric children hope for family celebrations? Whole festivals, perhaps? Treasures for children?

Today, maybe as always, little ones are wiggle-fish swimming in an ocean of daydreams and wishing for the clock to tick just a little bit faster. There will be presents, yes; but what about the dazzling cookies that have to be baked, the candied fruits and yams that need glazing? What about the hot kitchen with the big turkey, ham or ketchup-smothered brisket bubbling in the oven? And what about the relatives coming and going? Uncles and aunts. Grandparents. And the cousins, of course, eager to play the whole day through—under the stairs, even, with a light and a blanket. Will Saul believe that my cousins and I “played school” also? At two years of age, I suppose he will, but he will not know the irony.

The holiday season is the perfect time for grandparents and grandchildren. We know we are helping them build memories they’ll use to sustain themselves for a lifetime. What opportunity! What responsibility! Bring on the present-making and the present-wrapping. Bring on the sweet sounds of all the holiday stories and poems we will read together. Bring on as many holiday television shows, radio specials and movies that can fit into a few winter days and nights—snow or no snow, hot or cold! Bring on the city ballet and the symphony. Let the violins and cymbals ring in the New Year. Let’s go to town! Let’s watch a parade!

Let us be childlike with anticipation and match the wonder our little ones feel throughout these days. Let there be peace on Earth. Let us double or triple our efforts toward those in need. Let there be more tolerance in the world. The winter solstice and all the celebrations wrapped around this glorious time of year belong to us all. And let us praise our journey in life now, too—maybe even more because we have grandchildren.

Hershel and the Hanukkah Goblins by Eric Kimmel (Holiday House, 1994)

See the Privacy Policy to learn about personal information we collect on this site.
© 2001-2020 LeapFrog Enterprises, Inc. All rights reserved.