A whiz-bang Fourth of July! 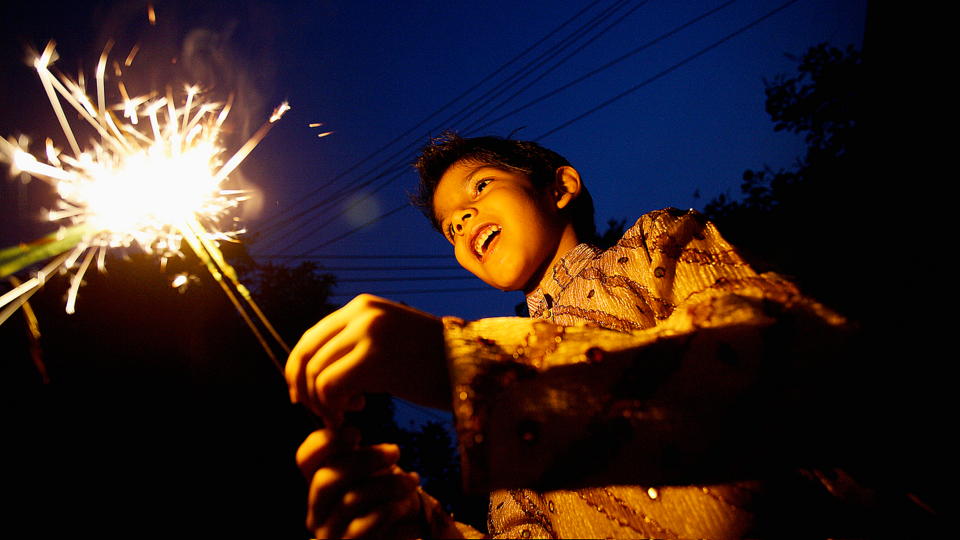 As Americans from the Aleutian Islands to the Florida Keys celebrate our country's birthday, we remember who we are, where we've come from, and what we've accomplished as a people.

Share our nation's history with your children, and then try out some patriotic activities to boost writing skills.

On July 4, 1776, the American colonies declared independence from England. That day marked the beginning of a journey for a country—the United States of America.

The first Fourth of July celebrations occurred shortly after the declaration in various locales along the Eastern Seaboard. Many of our current traditions date from these first celebrations: sound, spectacle and sentiment.

For example, in Williamsburg, VA, a celebration occurred on July 25, 1776. Included in the demonstration of joy were readings of the Declaration of Independence, a military parade and the firing of cannon and musketry. Several states away in New York, the Declaration was also read to the accompaniment of military bands.

Whether your family is throwing a backyard barbeque or visiting our nation's capital for the annual parade and fireworks, here are some ideas and resources to help your kids get into the patriotic spirit.

Paint it Red, White, and Blue. Create decorations to dress up your house and add festive and patriotic touches to your family gathering.

More reading. The National Archives and Records Administration offers a complete transcript of the Declaration of Independence as well as a display version of the original document. There's nothing like actually seeing the document to help get kids into the spirit.

Write it up. Ask your children what they would include if they wrote a "Declaration of Independence" today. Then go ahead and help them write it, complete with "parchment" paper (brown paper bags) and quill and ink!