The making of a kid-tough tablet

Tina O’Shea is LeapFrog’s Managing Editor and the voice of @LeapFrog on Twitter, but to her kids, she’s the Freeze Dance DJ.

With tablets in over half American homes, it’s no surprise that they’re finding their way into the sticky little hands of our toddlers and preschoolers. And few parents who’ve observed their tots with a tablet can argue that children show tremendous technical aptitude.

But while young children may be willing and able to play with grown-up tablets, many parents also worry it’s just a matter of time before their pricey device is the victim of a terrible toddler mishap.

Because they’re made specifically for kids, every new LeapPad tablet starts with a kid-tough design. Understanding how kids play, we compile a list that reads like a tablet torture manual:

And so on. The list helps us engineer the most durable tablets for kids.

During the manufacturing process, our quality assurance team administers a testing plan that mimics the inevitable tumbles and abuse of everyday kid-play. Test tablets are dropped repeatedly on their edges, faces and corners. They withstand compression tests, impact tests, temperature tests and torque tests. 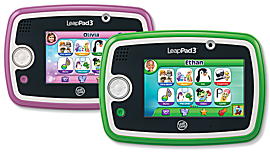 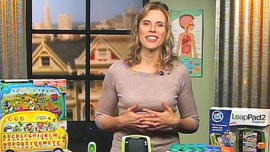 Our learning experts explain how to choose the best kindergarten educational toy for a 5-year-old.
Creativity & Life Skills 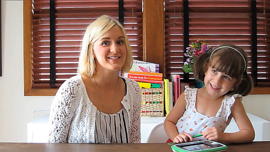 See how the LeapPad3’s Explorer Learning games helped my child develop and master a variety of skills!
Reviews