LeapBand: Features that are better than your adult activity tracker 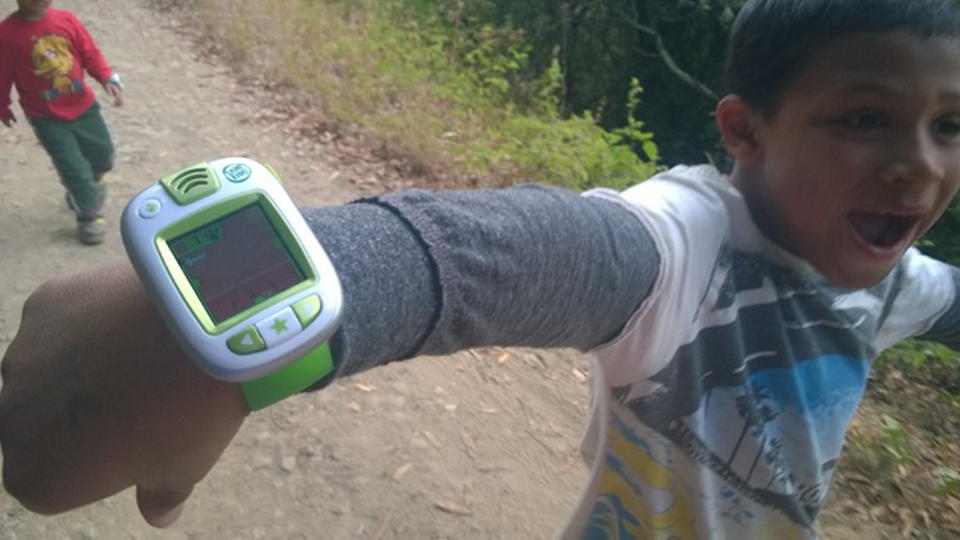 Michelle coaches elementary and middle school Track & Field, encourages family fitness in & after school, and obtains funding to promote fitness at school through grant-writing. With her background as a scientist and as a NCAA Division I student-athlete, she’s on a mission to share with youth the strong association of being physically fit with improved attention, behavior, and learning. Married to an early adopter of all-things-tech, she’s had the opportunity to interact with many fitness devices, apps, services, and social networks. Michelle is a paid contributor to the LeapFrog community and receives free product in exchange for her feedback.

One of the things I like best about my adult fitness tracker is the flashing lights and vibrations that occur when I reach my step goal. My husband coined this disco-esque feedback “party-on-my-wrist” and, because we felt like celebrating every time it happened, it stuck. Before the LeapBand came out, the kids would breeze past and assault our wrists with a double-tap, to check our (and, by extension, their) progress and they’d even suggest we walk to dinner to get more steps! They’d do a dance when “we” got party-on-my-wrist.

Flash forward a year and all 3 kids are SO excited to get their very own step counter! Instead of using a number (like Garmin Vivofit) or blinking lights (like FitBit Flex) to track steps, the main screen has a color frame around the edge. As steps accrue the color around the border changes in succession. I tell my 3 year old, “You’ve done a great job. The red colored frame is eating up the purple colored frame!” With my 7-year-old, I offer a greater goal of “getting back to the greens” – the first two colors.

I like that there are four “bases” around the edge too. To me, the frame looks like a baseball diamond with the bases mid-way down the baseline. I use them when discussing the kid’s progress and hopefully teach them some fractions to boot. For example I have said, “You’ve gone so far! Look, you’re at ‘Orange-and-a-quarter’ or ‘Blue-and-a-half!’”

Yesterday’s final “score” remains today as a single colored dot on the frame. The kids can try to get that far, or even further, today!

One day, I stole the LeapBand for myself. “Congratulations! Your energy bar has moved a long way.” “You’ve earned SO many joules” the LeapBand complimented me! A white arrow flashed, highlighting my progress. Rather than a single party-on-my-wrist, kids will feel as though they are getting regular pats on the back.

LeapBand: Learning to Tell Time is tons of fun! Features you might not expect on an activity tracker can be found on LeapFrog’s new LeapBand.
Reviews 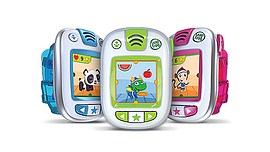 The LeapBand is here! Here's what happened when my kids took the LeapBand activity tracker for a spin.
Reviews 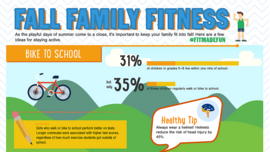 The right age to introduce kids to video games Our experts help parents find the right gaming experience at the right time.
Learning Through Technology 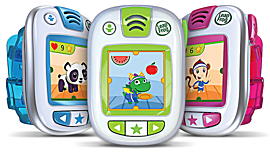 LeapBand Discover the only activity tracker made for kids that encourages active play with 50 fun challenges.
Personal & Social Skills

Are video games bad for kids? In an age where kids as young as two are gaming, parents are wondering, “Is it OK for my child to play video games?”
Learning Through Technology