Where do babies get their words? 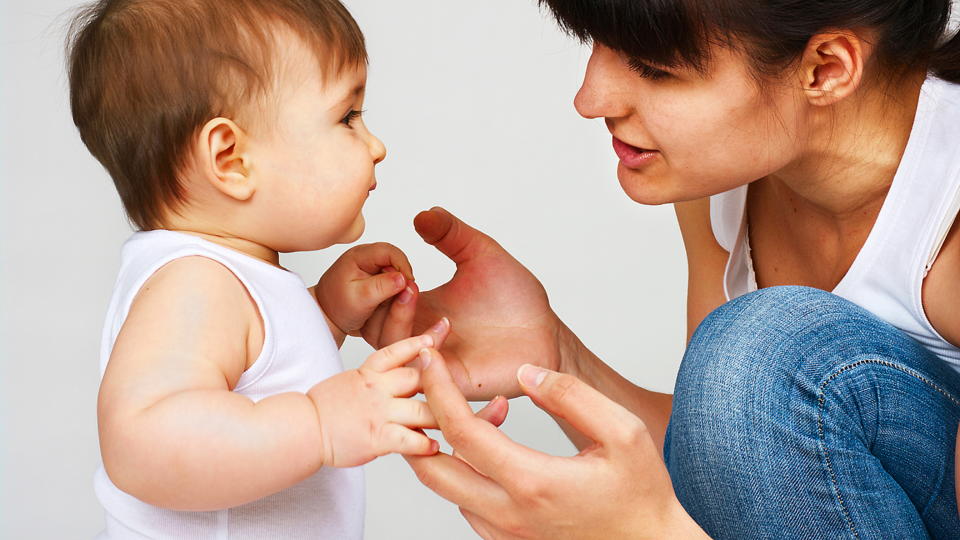 As the literacy development expert on LeapFrog’s Learning Team, Carolyn ensures that the curricular design in LeapFrog products is grounded in the latest educational research. Before joining LeapFrog, Carolyn was a reading professor at Sacramento State University, a curriculum developer for the Lawrence Hall of Science in Berkeley, and a teacher in the San Francisco bay area. She earned her doctorate in educational psychology at Michigan State University.

In the last decade, there has been an influx of studies on how children acquire language. Most researchers agree that both environmental and biological factors influence language acquisition, and the emergence of less invasive methods to assess brain activity has allowed neuroscientists to learn even more about how neurological systems are involved in language learning in social context.

As children learn language, they are putting together a range of elements from phonology (how the individual sounds of a language are organized into words), to syntax (how the words of a language are organized into phrases and sentences), to vocabulary. Scientists have identified periods of time in a child’s development when certain elements of language learning are particularly significant.

During the first year, children are busy figuring out the 40 or so phonemes—or sounds—that make up their specific language. While the world’s languages are made up of approximately 800 sounds, each language consists of about 40 unique sounds—consonants and vowels that form the basis of verbal communication. Infants are exposed to much more than 40-odd sounds, nevertheless, they are beginning to sort out the phonemes that make up their home language. This critical period for phonetic learning helps explain why children who have been engaged with a second language early in life often sound more like a native speaker of that language than an adult who has taken up another language later in life.

The second and third years include an “explosion” in vocabulary. As children build their receptive language skills (comprehending the new words and phrases they hear), they also grow their productive language skills, which help them to express their ideas. During this period, children enjoy stringing together new words into meaningful phrases that seem to grow longer each day.

Although these first few years are particularly fruitful when it comes to word and language learning, it’s important to keep in mind that vocabulary development can continue over the course of a lifetime, and plenty of exposure to rich language along with playful word experiences is essential.

Help your baby understand the many uses of language and speech.
Reading & Writing

Play with your voice to show your baby the difference between loud & soft and high-pitched & low-pitched sounds.
Reading & Writing