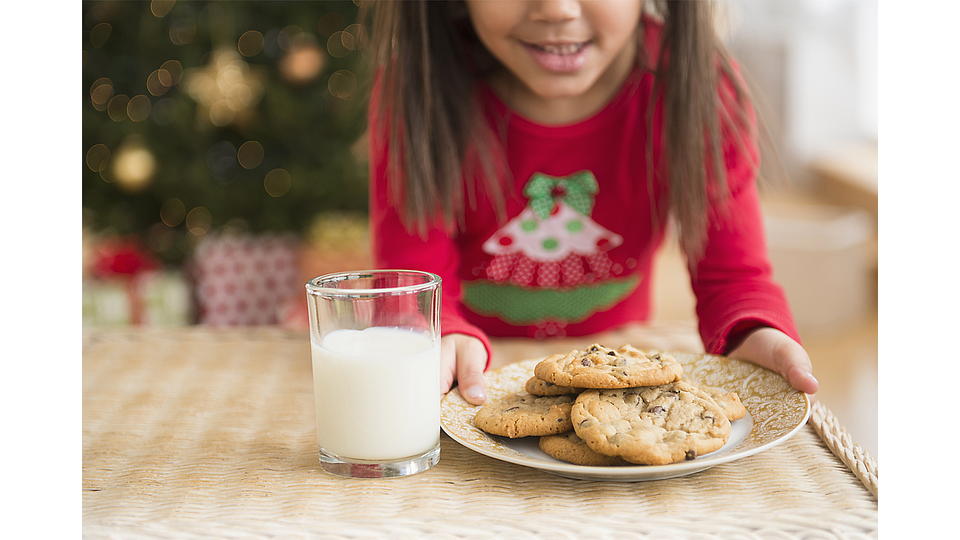 As Christmas approaches, the burning question for many parents of young children is what to say about Santa. Is “lying” worth the magic he brings, or is being honest more important?

For Gina at The Feminist Breeder, it’s all about age-appropriate honesty and building trust. (A quick warning: she also discusses birth and embeds a very honest video. So if you don't want to see the thumbnail, don't click.) Gina sums up her reasons:

The anti-Santa faction or, as they might prefer to be known, the "pro-honesty" crowd, doesn't want to be mistaken for the Grinch. Dionna at Code Name Mama, believes the typical celebration of Santa encourages consumerism, rather than minimizes it, and explains:

If Kieran wants to sit on Santa’s lap, I’m cool with that [...] If Kieran wants me to read “A Night Before Christmas” fifty times, I’ll oblige him. The fact that we’re going to emphasize that Santa is the spirit of giving, not a literal person who delivers presents, does not mean that Kieran will not be allowed to pretend and fantasize.

Most of my friends fall somewhere on the pro-Santa end of the spectrum. Emily Ewart commented on my Facebook post:

...whatever else you believe, Santa transcends age and generation, enlivens the spirit, makes magic happen and hearts soften.

And when Liz at Mom-101 has a chat with the daughter of a friend, she wonders what children may be missing if they are not encouraged to believe:

So I totally get that the man with the bag is not everyone's bag, but I have to believe there are still opportunities for implausible beliefs and magical reality in our children's minds. I want my kids to believe that there might be fairies hiding under toadstools, that somewhere princes still fight dragons, that some kindly winged lady will swoop in and give them shiny coins for their baby teeth. And yes, that maybe some big guy in a red suit somehow figures out how to get into 8 million deadlocked NYC apartments on a single night to eat some cookies and leave us some presents.

There is a middle road, as my friend, Lucia Gabriella, who blogs at Kids Go Bilingual, points out that St. Nicholas was a real person, whose legacy is celebrated in wonderful cultural traditions throughout the world:

A lot of it has been truly forgotten and not told to the kids for [...] commercialism. I will just tell the true story of it all.

And I more or less end up with a mixture of all these beliefs. My 4-year-old daughter is still in that interesting age where she believes in fairies but says that "trolls are just made up to scare people." She knows the story of St. Nicholas and how children throughout the world have celebrated his day. We read her stories about Santa Claus and allow her to come up with her own conclusions. When she wonders how St. Nicholas could still be alive so many centuries later, how he gets to all those houses, and why we bring presents to kids whose parents can't afford any if Santa's elves can just make presents, I first ask her what she believes.

If she asks me what I believe, I come down firmly on the side of Santa Claus...as a magical representation of the spirit of giving. I tell her that I believe Santa continues to exist as the spirit of giving because he did so many generous things in his mortal lifetime. I tell her that sometimes Santa Claus needs a little help from those of us who believe in his spirit.

And, yes, I still help her and her brother bake cookies for the jolly old elf because Santa Claus is real...if you believe he is.