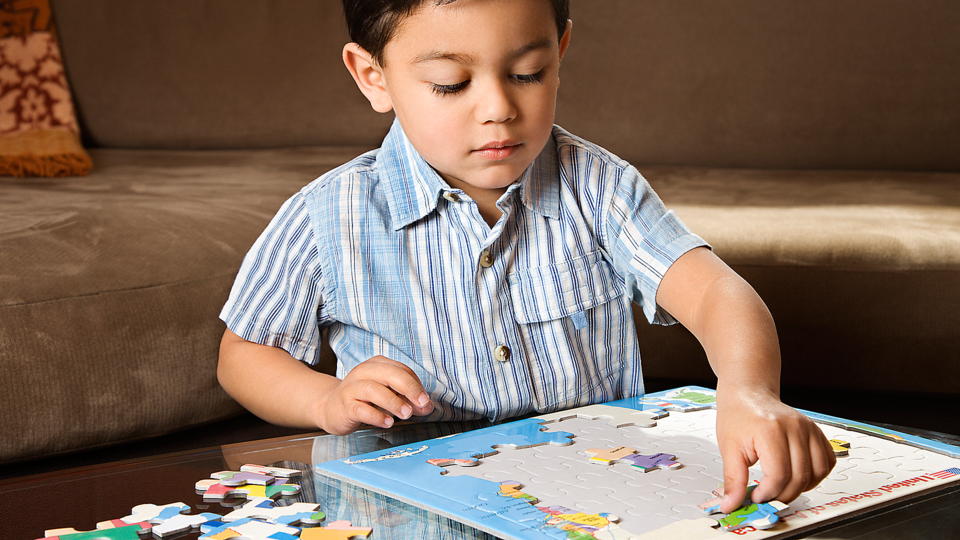 While it's true that children learn more in their first three years than ever again, it's between ages three and five that they acquire the skills necessary for school. As children's attention span, memory and language skills develop, they also become increasingly more sophisticated and social—qualities they'll need for preschool.

Many preschool teachers agree that a child's preschool readiness depends more on her individual personality and temperament—a combination of mental, physical and emotional traits—than her so-called "academic" abilities. Even so, our developmental checklist can help you and your child get ready for this big step. 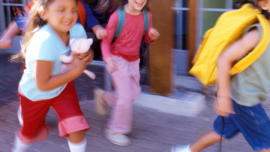 Is your child ready for kindergarten? Refer to this skills checklist.
Reading & Writing 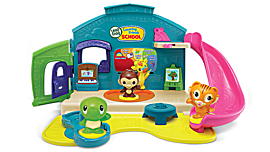 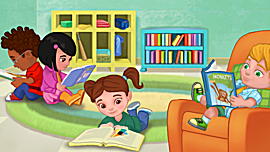 Get Ready for Kindergarten: Welcome to School

Join Chris, Daniel, Grace and Pilar for a fun-filled day of Kindergarten! Available in the App Center at leapfrog.com.
Reading & Writing