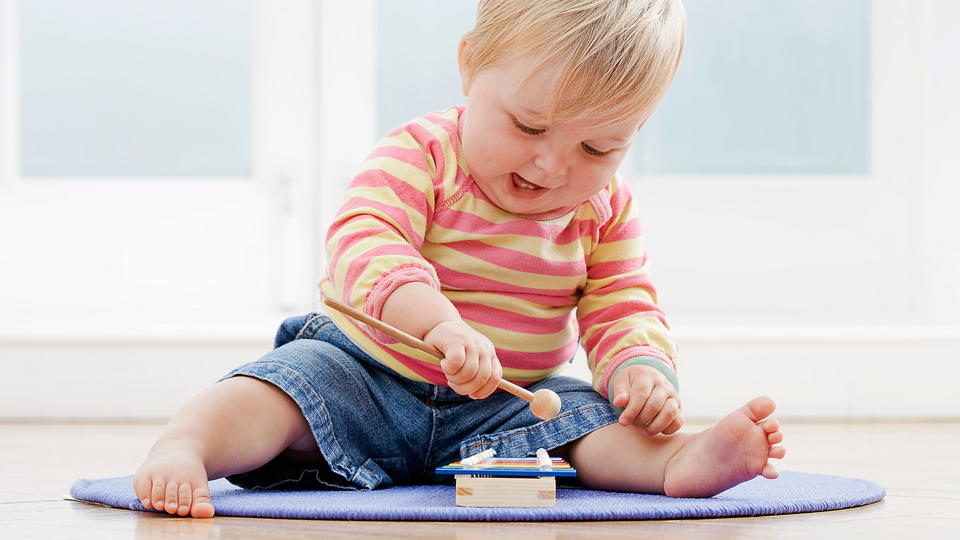 Dr. James Levine, Director of The Fatherhood Project® at The Families and Work Institute in New York City, is the author of Working Fathers: New Strategies for Balancing Work and Family (Harvest Books, 1998).

That's the premise of the so-called "Mozart effect," the theory promulgated by music educator Don Campbell that claims classical music stimulates early brain development. In 1998, the popularity of the theory led Georgia Governor Zell Miller to propose the use of public funds to buy a classical music recording for every baby born in his state—more than 100,000 per year. It also led to allegations of pseudo-science and market-hype by some prominent neuroscientists.

While controversy over the Mozart effect has not been resolved, emerging research sheds new light on why it makes sense to foster your child's musical ability.

For one, children do seem to be hardwired to love music. That's the conclusion of Dr. Patricia M. Gray and her colleagues at the Biomusic program of the prestigious National Academy of Sciences, which found a "music instinct" in children of every human society known to anthropology.

Second, according to Harvard University's Dr. Howard Gardner, "musical intelligence" does seem to be a distinct capacity—along with "physical intelligence," "artistic intelligence" and others. Since traditional schooling rarely values what Gardner calls the "multiple intelligences," it's up to parents to take a more active role.

Sing to your baby. Research shows that babies as young as two months can detect a melody. Moreover, babies can differentiate between a father's voice and a mother's. Pitch and rhythm are the two most distinct elements of music. When your child hears different voices singing, she gains practice in actively discriminating between different pitches.

Use your car time. Carry a supply of children's music in your car and sing along with your children while you drive. As your child gets older introduce other genres like show tunes, jazz, and classical music. Music helps while away the hours on long car trips and soothes impatience when caught in traffic. Children enjoy the togetherness of this activity.

Make music together. Among the Anang, a highly musical tribe in Nigeria, fathers fashion special drums for their toddlers. Pass out some wooden spoons or chopsticks; tap out a beat with your child on some wooden blocks or a countertop. Put some dried beans or rice in a can to make shakers, and move around with your child as she shakes the rhythm to whatever song is playing on the stereo.

See some live music together. Take your child to see live musicians perform. The concert does not have to be fancy or expensive, just one that will shows your child music is an activity that, with practice, can lead to real accomplishment.

Tap into the tempo

Help your baby become more in tune to the rhythm in music and language.
Creativity & Life Skills 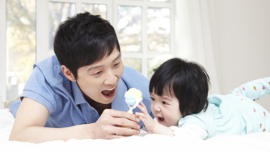