Get in the game

By The guys at Today Is Fun

"Today is Fun" provides free, fun and educational kids games and activities each day. The site is the product of two dads who are constantly trying to think up ways to entertain the kids in their families.

Most parents want their kids to be successful in sports. But life doesn't deal us all little Michael Jordans, Derek Jeters, or Mia Hamms. What counts in the long run is not that your kids excel in sports, but that they try, that they learn what it's like to test their bodies in competition.

These tips will help you get your kids into the game, keep them from quitting, and develop their lifelong love of playing for the sheer fun of it.

When you insist that your kids play something, you are not being pushy. Rather, you are setting an expectation in one of life's fundamentals, just like "I expect you to go to school, on time, and to try hard." When my son was turning into an eight-year-old couch potato, I made it clear that I expected him to play some sport after school, the same expectation I had of his older sister who had, on her own, taken up gymnastics.

Match the sport to the child

Just because you were great at tennis or love watching basketball doesn't mean those sports are the best fits for your kids. Figure out your child's athletic inclination, and then find a sport to match. Because his eye-hand coordination was weak, my son hated playing catch. I could have insisted that we keep tossing a ball around in the park, and frustrated us both. But when I remembered that even as a baby he loved being in the water, I signed him up for a swim team try-out at the local YMCA. Within a year, my couch-potato was swimming two hours a day, five days a week, with no prompting from me.

To keep your kids from quitting as soon as they "don't like it" or "get too tired" or "will never be any good," give them short term goals: "Finish one week (month, game, season), then we'll talk about it and you can make the final choice." When my daughter hit a low point and wanted to quit cross-country one year, I urged her to finish the month. After that, she decided to finish the season and signed up for the next year.

Don't expect yourself to make it to every game or event, but don't minimize the impact when you can attend. Your kids will carry the memory of your cheering them on into adulthood—and someday they'll pass that experience on to their own kids.

Show your kids a positive attitude—even if you don't watch or play sports yourself. Get out there and play with them—even if you're not athletic yourself. What counts is your attitude, not your performance. 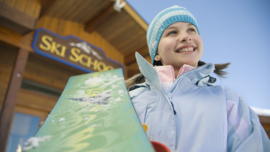 Which sport when? These expert tips on when to start different sports put your child ahead of the game.
Personal & Social Skills 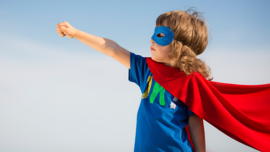 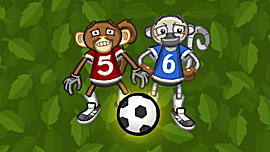 Monkey Soccer: Math League Game App Team up with the Monkeys or Robot Monkeys and compete to win the Coconut Cup! Digital download available in the App Center at leapfrog.com.
Mathematics